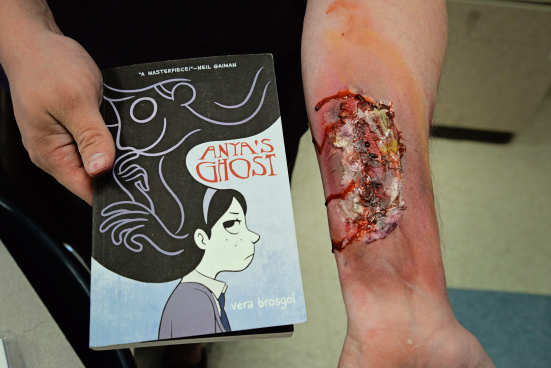 There often exists a dichotomy wherein Science, Technology, Engineering and Math or STEM education is pitted against the liberal arts. Debates are waged over whether college tuition in STEM fields ought to be subsidized, and even the President has called the usefulness of an art history degree to question. For students attending the King Science & Technology Magnet middle school in Omaha, most curricular areas, including English and history, include a focus on science themes. There are many benefits to magnet schools and the specialized environment they offer, and there is also a plethora of well-researched perks to an education rich in art.

There has been a direct correlation shown between art education and professional success, as Melanie Shi pointed out in her article for The Dallas Morning News:

“By now we should realize that liberal arts and professional work complement each other. In 2011, Steve Jobs attributed Apple’s success to being a place where “technology married with liberal arts, married with the humanities” to yield us “the results that make our heart sing.”” 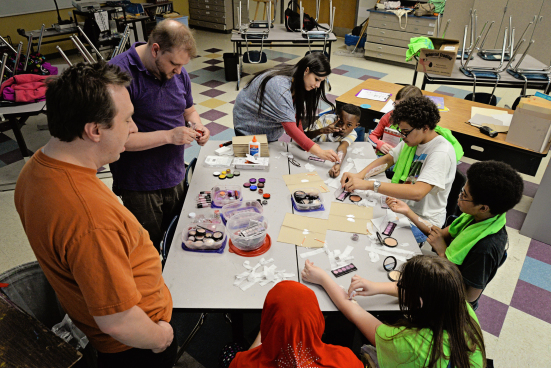 Opportunities for art education, especially within the lower socioeconomic regions of Omaha, is an area where Omaha Public Library (OPL) is helping to play a vital role. As a trusted community organization, OPL is positioned to not only provide open access to knowledge, but to empower people to learn, imagine and succeed.

Eight years ago, OPL partnered with a national organization called Very Special Arts, which later morphed into the local organization now known as Why Arts?. Their mission “to create inclusive learning environments, accessible education programs that engage students with and without disabilities by incorporating approaches accommodating to a range of abilities, learning styles, and skills” went hand in hand with OPL’s vision for an after school, art-focused book club within the Omaha Public School district. Today, five book clubs meet once a week across the city. 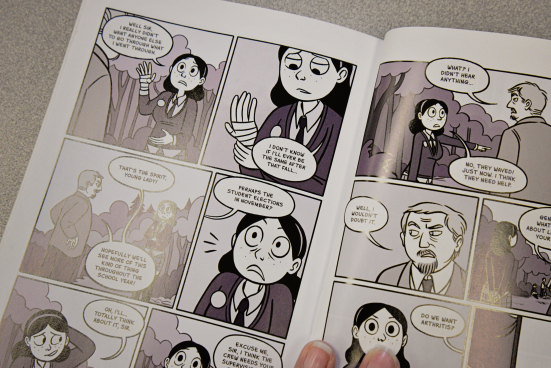 Recently, the groups have been reading “Anya’s Ghost” by Vera Brosgol. OPL Outreach Specialist Janeth Hernandez Islas coordinates the after-school program with Why Arts?. Their current read, a graphic novel, lends itself especially well to the field of drama, Hernandez Islas and her group of a dozen students worked with several local artists dramatizing the book in order to understand the nuances of the plot more intimately. The session, which began in February, culminated this week with a lesson on stage make up taught by Josh Mulladdy. 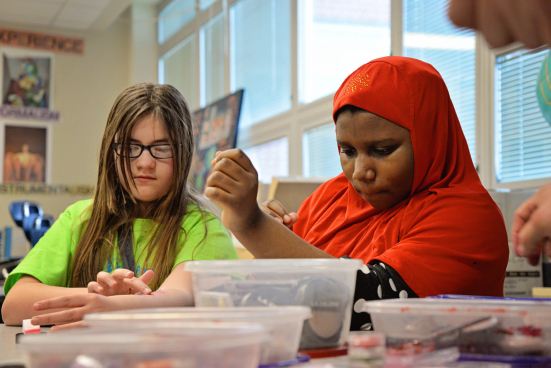 The students learned how to create realistic, bloody scars on their arms, imitating an injury Anya experienced when she broke hers in the book. Of course, the scars might have been enhanced with extra green and yellow, pus-like make up simulating an infected, zombie bite. But, that was purely “for fun,” Mulladdy insisted! The students expressed their excitement about the lesson by talking about the book, movies they saw last weekend, their home lives, and more. Conversation topics bounced around, and it was obvious that the environment was really allowing their dialogue to flourish. The AASA writes in their article “Why the Arts Belong in Schools“:

“Because students learn in many different ways, some students become behavior problems if conventional classroom practices are not engaging them. Success in the arts is often a bridge to successful learning in other areas, thereby raising a student’s self-concept. Studies show students involved in the arts have a significantly higher self-concept than a standard student population. The students in this sample noted how the arts allowed them to express pent-up feelings and to gain some distance from problems at home by talking about them, thinking and listening.” 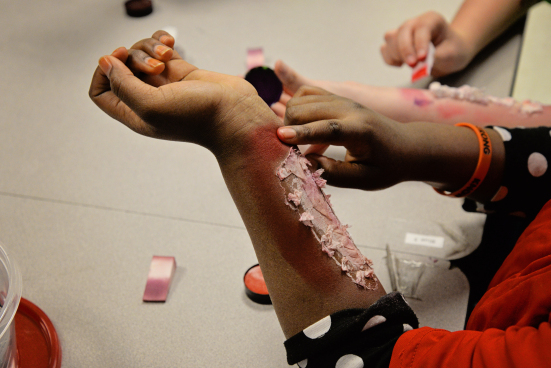 Community programs, like this book club, are beneficial not only for the immediate effects of increased literacy and decreased classroom management issues, but also for the long-term benefits. Students who can think creatively and critically are an asset in every professional field. Both the arts and STEM education are avenues towards this goal, according to The Art & Science Group:

“If we want to create a broad, capable STEM workforce representing all backgrounds, therefore, we should not make an either/or proposition when it comes to developing both STEM and the arts. While we applaud the various states that are investing in STEM after-school programs at the K-12 level, we hope they understand the need to engage students’ creativity at an early age as well.”

For these students at King Science & Technology Magnet, they are truly getting to experience the best of both worlds, art, literature, and STEM all intertwined into a well-rounded education.

To see more gory and grotesque photos of the student’s scars, visit the OPL Flickr page. Photos may be used with credit given to Omaha Public Library.