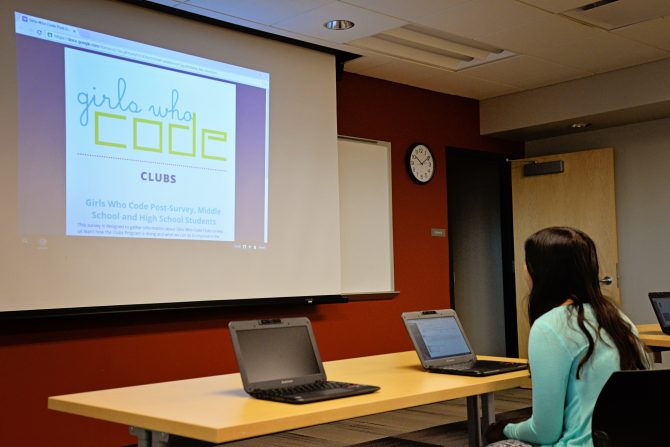 Beginning in 2016, OPL and Girls Who Code began working together to provide tech education to girls in grades 6-12. Every Saturday during the 10-week session, 24 girls meet at Abrahams Branch for four hours to connect, strategize, and virtually build solutions to problems they encounter in every day life.

Since starting in 2012, Girls Who Code has reached thousands of girls in dozens of cities. This is the first such club in Omaha, the result of a partnership between Interface Web School, Omaha Coding Women, Omaha Public Schools and the Omaha Public Library.
-Omaha World Herald 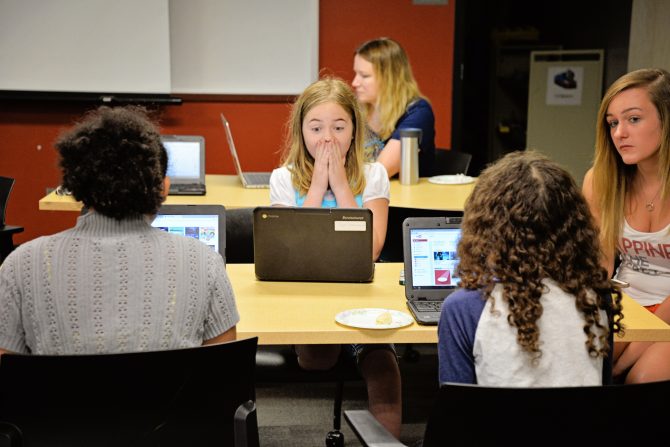 Each Saturday morning at Abrahams Library, two dozen girls break up into middle school and high school groups to learn not only several different coding languages but also core computing concepts and best practices. Communication and collaboration are also encouraged.
The sessions will cover areas such as graphics, game design, mobile development and cryptography. They’ll explore basic concepts such as variables, functions and loops. And they’ll teach languages such as Python, JavaScript, jQuery, CSS and HTML. Throughout, some of the girls will bring the concepts together to build Web pages, apps and games.
To be in the club is free, but girls first had to complete an application and had to interview with club mentors. The Omaha club was limited to 24 girls.
-Omaha World Herald

Marvel Maring, manager of the Abrahams Branch, says the club provides a necessary outlet for young girls to learn.

"It’s been really exciting, because it’s an important opportunity for young girls to move forward in these areas. Sometimes, there are social pressures and girls can feel that maybe this is a male-dominated area and that they don’t have a voice. And so by having girls’ clubs, it’s a much more comfortable environment for them." 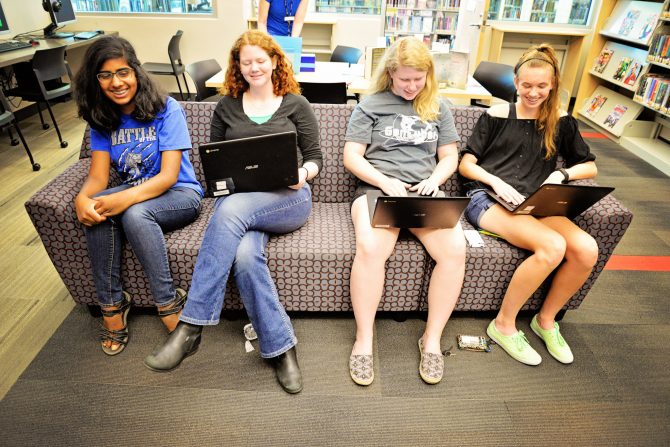 The “impostor syndrome” is the idea that many people, even successful ones, feel like frauds. Women in particular have a tendency to undersell themselves. A stat Sandberg commonly uses: Women usually don’t apply for jobs unless they meet 100 percent of the requirements, while men will typically apply when they meet at least 60 percent.

Whatever the case for the gender disparity, Girls Who Code and other initiatives are trying to shrink it.
-Omaha World Herald