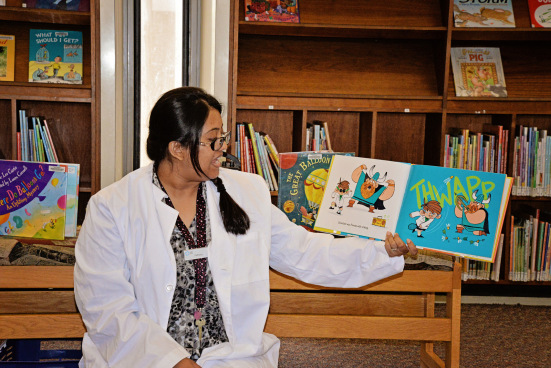 Nebraska just wrapped up celebrating its fourth annual Nebraska Science Festival,, opens a new window or NESciFest as many have taken to calling it. The festival began as an initiative of UNMC, opens a new window with the interest of advancing science literacy. Since then, many other organizations have joined the cause, including Omaha Public Library, opens a new window, desiring to make science accessible, relevant and fun for both kids and adults. 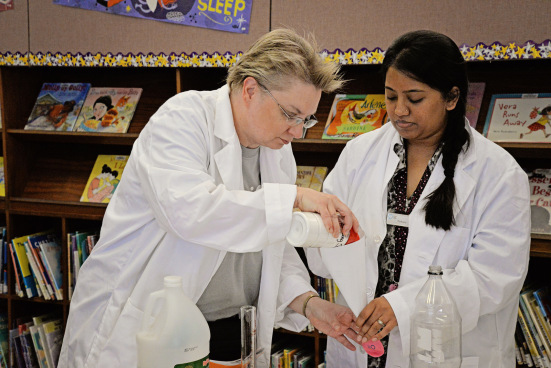 Several of OPL's regular storytimes were infused with scientific themes during the week of April 15-23. Above, a library employee at W. Clarke Swanson Branch, opens a new window reads "Pirate, Viking & Scientist" to a group of preschool aged children. After the book, the kids delighted in watching three simple science experiments that can be replicated at home. 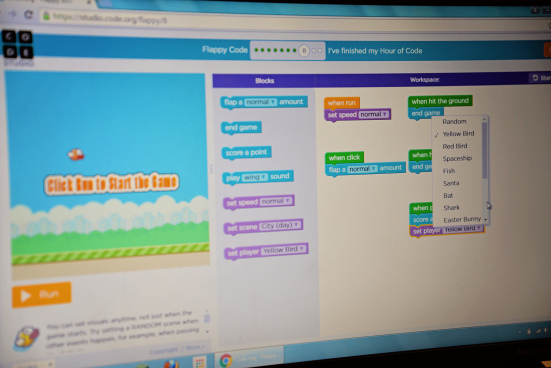 Digital literacy has become an especially big focus for OPL in recent years. Throughout the year, libraries offer many coding clubs for elementary through high school aged students where kids can create Flappy Bird games and Minecraft levels at Code.org, as well as learn Java through an initiative called Hour of Code. Three coding events were hosted during the week of NESciFest, and kids as young as six had fun learning this new skill! 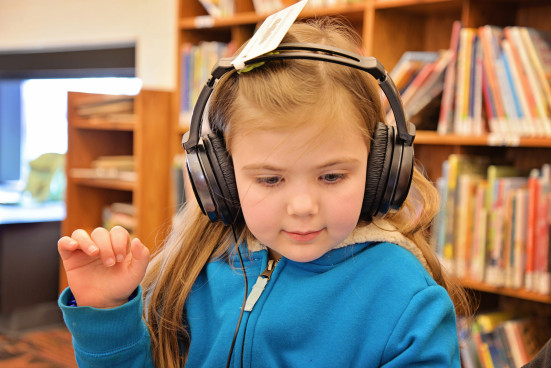 One thing that's interesting about science is how pervasive it is through every other subject. So, when you mix science and art, for example, you get some very exciting projects! Kids from the W. Dale Clark Main Library, opens a new window created four crafts by harnessing the power of physics. They blew bubbles to make paintings, marbled a vase, created pinwheels, and made spin art! 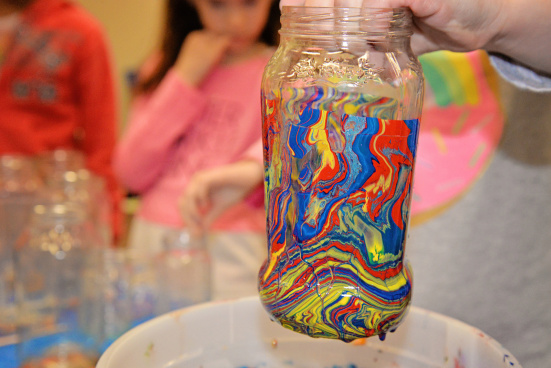 Omaha Public Library regularly engages kids and teens with our tech toys like: Cubelets, Makey Makey, Sphero, Dash & Dot, and the Ozobots, so these were of course featured during the science festival. The event culminated with an expo at the Durham Museum on April 22nd where 1,500 visitors got to explore hands-on learning opportunities at OPL's booth.