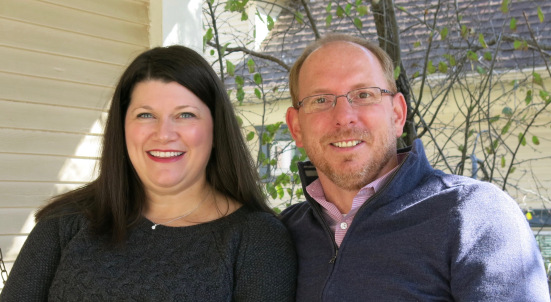 After having spent more than a decade teaching at American schools in Oman and India, Trish Tynan felt a call to return home.

“I always wanted a relationship, to get married, and have kids,” said Trish. “I knew that if that’s what I wanted, I needed to go home.

By summer 2014, she had done just that, but wasn’t working toward the reason that brought her home in the first place.

“I kept saying I was going to try online dating, but by New Year’s that still hadn’t happened,” she said.

She needed a little encouragement, and she got it – from her sister.

“My sister knew the couple who had met at library speed dating and got married. She made me sign up.”

Kenny Champoux described himself as guarded after having been in and out of a previous relationship, and he even tried online dating.

“I read about the speed dating couple in the paper,” said Kenny. “I decided it was time for something new.”

Both Trish and Kenny signed up for the speed dating event at W. Dale Clark Main Library on February 13, 2015. Both of them almost walked out before even getting started. But a short time later, they found themselves engaged in one date after another, three minutes at a time. They checked “yes” for people they wanted to talk to again. On their last mini-date of the evening, Kenny and Trish sat down across from each other.

“I thought he was a nice guy. I enjoyed talking to him,” said Trish.

“She had the best energy and a great smile,” said Kenny.

When they received their matches from OPL later that week, Kenny reached out to Trish via email and they made another date.

“We had dinner at Mark’s in Dundee,” Trish related. “At one point we looked up from our conversation and realized we were the last people left.”

Over conversation they realized how much they had in common, from their upbringing to their families. They began dating, and it didn’t take long for either of them to realize that something was different about the relationship in the best possible way.

By August, Trish and Kenny had started talking about marriage and looking at rings. On November 8, almost nine months after their first meeting, Kenny drove Trish downtown to the Main Library, got down on one knee and did a three minute proposal, mimicking the length of their first date. 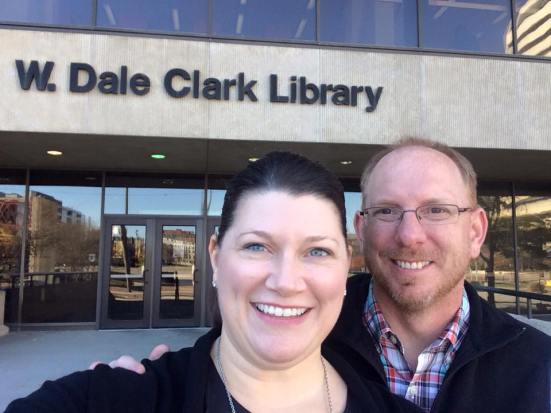 “It’s strange to think that we wouldn’t have met if not for the library speed dating event,” said Trish, “and now I cannot imagine my life without him.”