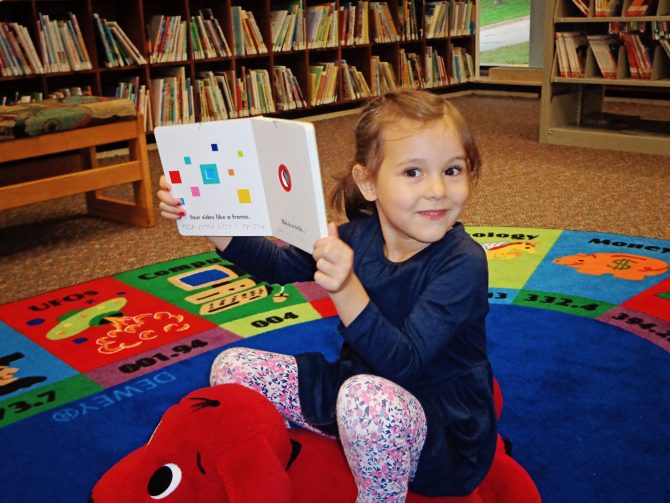 My daughter Harlow had a great experience at the library yesterday, and I thought I’d share it with you.

Last week, she checked out a book called My Three Best Friends and Me, Zulay. It’s about a school-age girl who is blind. She’s a typical girl in all respects, who loves to sing, dance and play with her friends. But it also shows how some things are more difficult for her, like using her cane, drawing a pyramid and being singled out to work with her special aid. The school has a field day and she decides she wants to run in the foot race. It takes her a bit of extra work, but eventually she masters running, and well, you can guess who wins. 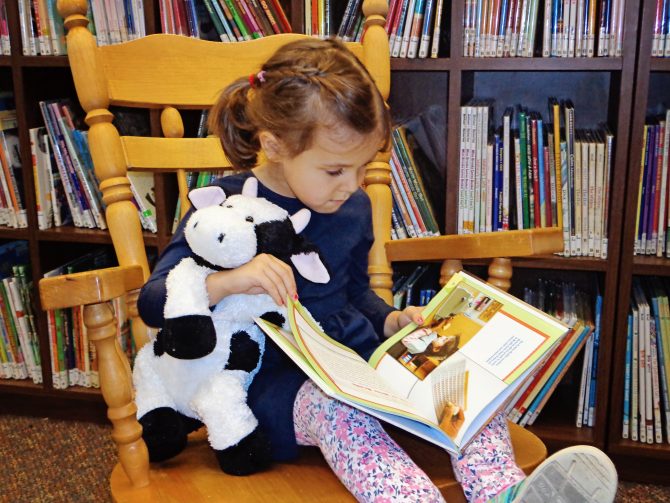 It got my daughter interested in blindness, so she went to the library yesterday to ask her favorite librarian (Miss Nancy) if she had any resources on braille. She gave my daughter a card with the braille alphabet on it, in fact, she gave her 25 so that she could take them to her school and share with her friends. They have a weekly show-and-tell and Harlow’s really excited to share what she learned with her friends. But Nancy went one step further, and introduced my daughter to a blind patron, who happened to be reading. Her name was Chelsea and she showed Harlow some rudimentary braille like ‘the dog is red,’ how to spell Chelsea and Harlow and the like. She told her about her eye surgery and how she was able to recover some sight, but not much. She told Harlow what it was like to be blind and where she could find a braille typewriter. My daughter was amazed and wants to start writing Chelsea letters. It made her day.

These interactions are impossible to plan, hard to define but deeply enriching. I thought about [my friend] saying libraries are a community hub. One of the last public places where people from all backgrounds can interact and still exercise a little curiosity. Learning takes many forms, and while people typically think of libraries as repositories for books, they can be so much more. 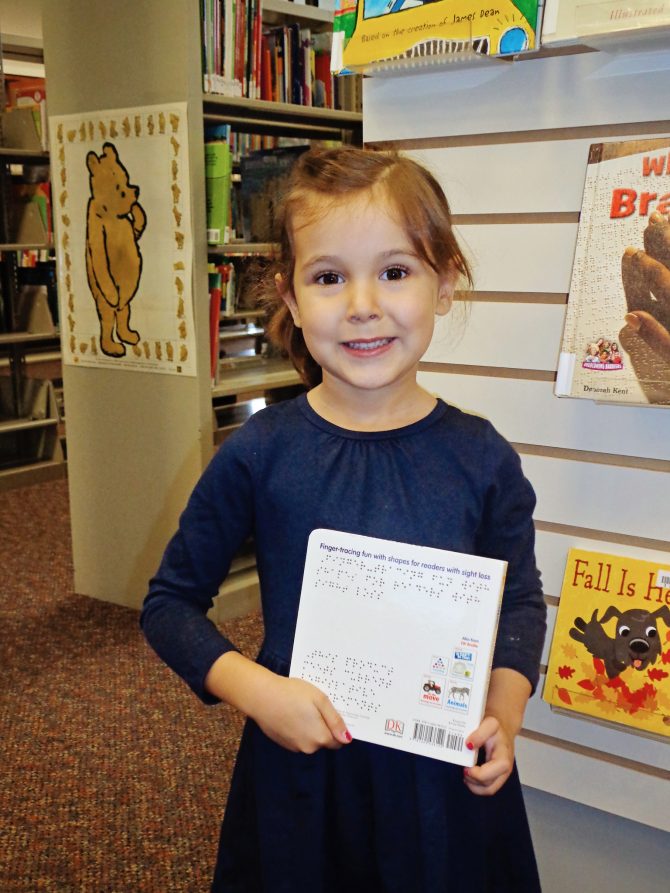