After completing her degree, she applied for a position with OPL in the children’s services department and was hired. She began working at Florence Branch in 1995, and also worked at Millard Branch as a children’s librarian before moving to W. Dale Clark Main Library to work in the History & Social Sciences department. In 2009, she became the branch manager at Charles B. Washington Branch. “I loved working there,” Ferguson Cavanaugh said. “There are so many groups doing good things in that community. It took me a while, but I made some lifelong friends.” 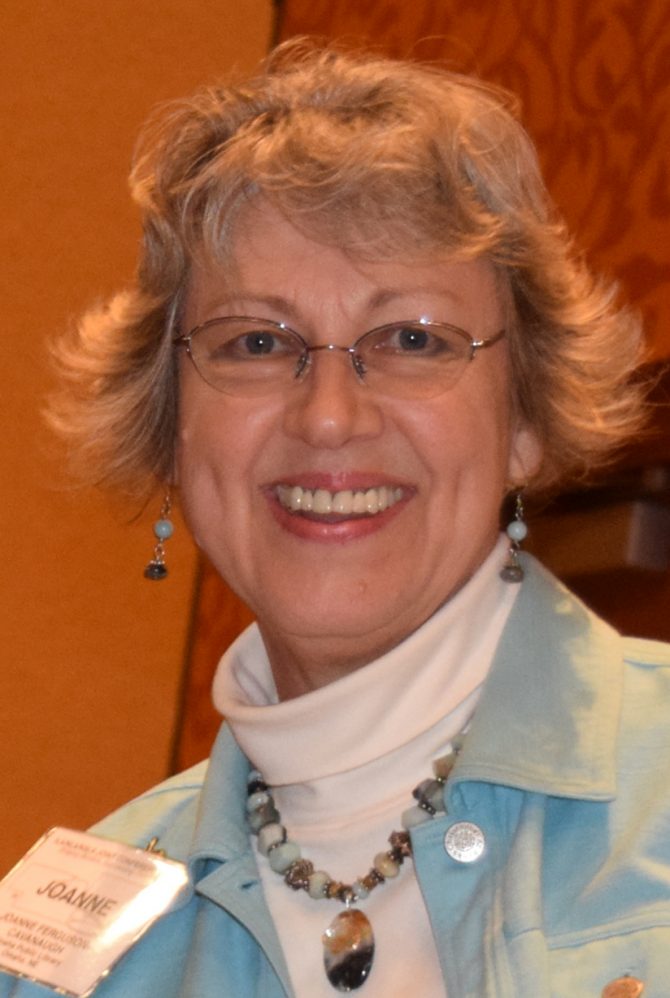 Joanne Ferguson Cavanaugh did not take a conventional path to her library career, or anywhere else for that matter. Born and raised in the Nebraska Sandhills, she was, at times, the only person in her class. She didn’t grow up with a lot of books at home, but did have a neighbor that took her into town to get books from the bookmobile and participate in Summer Reading Club. Her mother wouldn't make her do chores if she was reading, so that helped to nurture her affinity for books.

Growing up on her family’s ranch, Ferguson Cavanaugh was ready when adventure came calling. First she moved to pursue her education as a paralegal north of Seattle at Edmonds Community College. After that, she went to live with a high school friend in London, where she worked as domestic help for an Iranian family, took swim lessons, and explored Europe.

She eventually came back to Nebraska, and while studying history at the University of Nebraska – Lincoln, one of her three part-time jobs was with Lincoln City Libraries. Ferguson Cavanaugh realized that many of the jobs she found interesting required a library science or museum studies degree, so when she learned that Emporia State University would be offering its distance program at the Nebraska Library Commission, she decided to pursue it.

Ferguson Cavanaugh capped off her career at OPL in December 2019 as the manager of Bess Johnson Elkhorn Branch. She plans to keep herself busy in retirement through her work on a local campaign, service as a board member of the Great Plains Black History Museum, helping her sister and niece with calving, and of course, digging up a little history.

All are welcome to attend Ferguson Cavanaugh’s retirement celebration on Friday, May 1, 4-7 p.m., at the Great Plains Black History Museum at 2221 N. 24th St. We are grateful for her service to OPL and wish her well in her retirement!