As if the library wasn't a comfy enough place, what with all of the oversized chairs and books, some branches of the Omaha Public Library also have pets you can visit with while reading! Meet some of the furry (and scaly) friends that call our branches home. 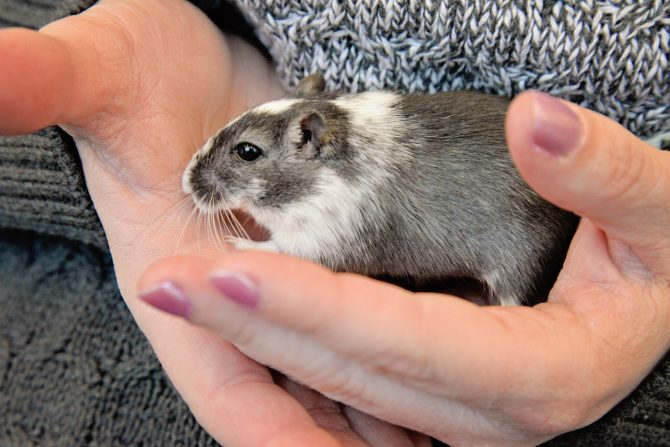 Abrahams Branch: Minnie & Daisy
When twin gerbils arrived at Abrahams Branch last year, the youth threw a welcoming party and voted on their names. Minnie and Daisy were the clear frontrunners! The sisters will now be turning 1 year old in January of 2017. "We're not quite sure what we're going to do yet, but we're thinking we'll celebrate somehow." says branch manager, Jennifer Jazynka. "They are vegetarians and love to eat seeds, oats, corn pellets and other vegetables, so perhaps they'll get a treat!"

Jazynka goes on to say, "They are so sweet and everybody just loves them -- children and grown-ups alike!  Almost every day we receive donations of empty paper towel rolls and toilet paper tubes so that the gerbils have something to chew on since they're always chewing on just about everything in sight. They have very distinctive personalities and get along really well. As you can see from the pics, they often snuggle with each other and can often be found grooming each other's fur." 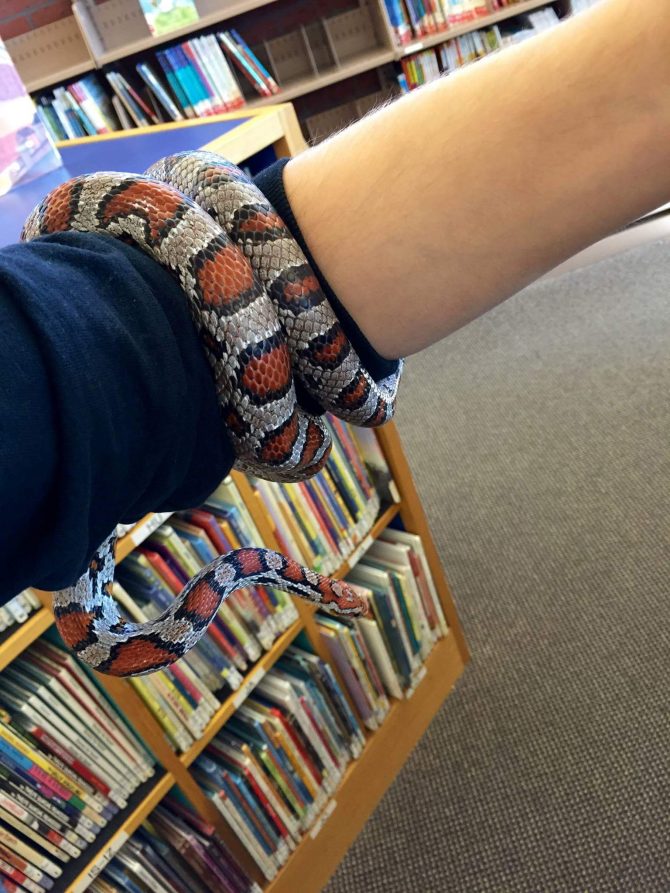 Millard Branch: Cornelia
Branch manager of Millard Branch, Lois Imig says "Here at Millard we have a great little library pet, our cornsnake Cornelia Snakespeare. She is about seven years old and we have had her for a little over two years. She loves to tickle peoples ears, give snake hugs, and always tries to get into the bookshelves. She doesn't know that she is a snake, not a bookworm!" 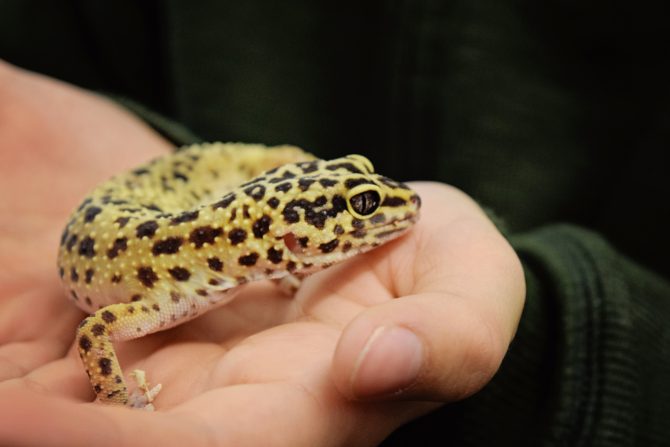 Sorensen Branch: Echo & Ringo
Echo & Ringo are leopard-spotted geckos.  Both are female and love to eat crickets mainly and then meal worms for a treat. They are usually fed on Tuesdays around 11:30 if anyone would like to watch! The lizards used to live at Swanson Branch, but in 2010 moved to Sorensen Branch. It's hard to believe they're between 10-12 years old!  When holding them, it is important not to grab their tails because it's likely that they would fall off in your hands.  Fun fact: Echo and Ringo shed, and sometimes eat their own skin... gross!