Buried in the archive room of the W. Dale Clark Library are over 100 cuneiform tablets. Originally collected by Edgar J. Banks, Ph.D, and presented to Omaha Public Library by Charles N. Dietz in 1917, these tablets came from sites in the Middle East, an area which from ancient times has been a crossroads of civilization. Communication and permanent records were as important to early people as they are today. Here are a few examples of early recordings on clay tablets which are about 4,000 years old.

The Sumerian tablets in this collection have been translated by Dr. Nels W. Forde, formerly of the University of Nebraska, now with Luther College, Decorah, Iowa. 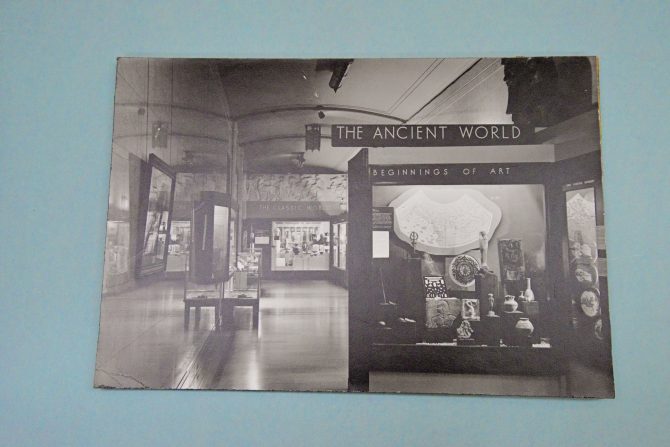 The cone shaped pieces and the flat tablets near them are from Warka, called Uruk when these tablets were written, and carry a dedicatory inscription in praise of the God An. They were thrust into the mortar between bricks as his temple was being built. The other group of tablets in the collection are not Sumerian but Babylonian or Semitic. Most of these tablets are records of business transactions, records of rations issued to workers, or records of tithes to the temples.

More photos can be seen in the Omaha Public Library Flickr album.