No classes were held at University of Nebraska at Omaha (UNO), Metropolitan Community College or Omaha Public Schools on January 21, in observance of Martin Luther King Jr. Day. Yet, students from all three schools came together at UNO’s Community Engagement Center to work on a service project for OPL as part of UNO’s annual MLK Day of Service, which is organized by the University’s Office of Civic and Social Responsibility.

Volunteers helped assemble packets for OPL’s Baby Reads program, sponsored by the Omaha Public Library Foundation, which feature books, a DVD for parents and their babies to watch, and resources for parents about the importance of reading aloud to young children.

Jessica Sanchez, a freshman at UNO, was the student coordinator assigned to the project, which resonated with her personally. She is bilingual today, but when she moved to the United States with her family from Mexico at age 7, learning English was not an easy task.

“It was a challenge because my peers were learning how to formulate sentences while I was still learning my ABCs,” said Sanchez. “I know that my situation would have been better had I learned English earlier, so that’s why I’m an advocate for early literacy.” 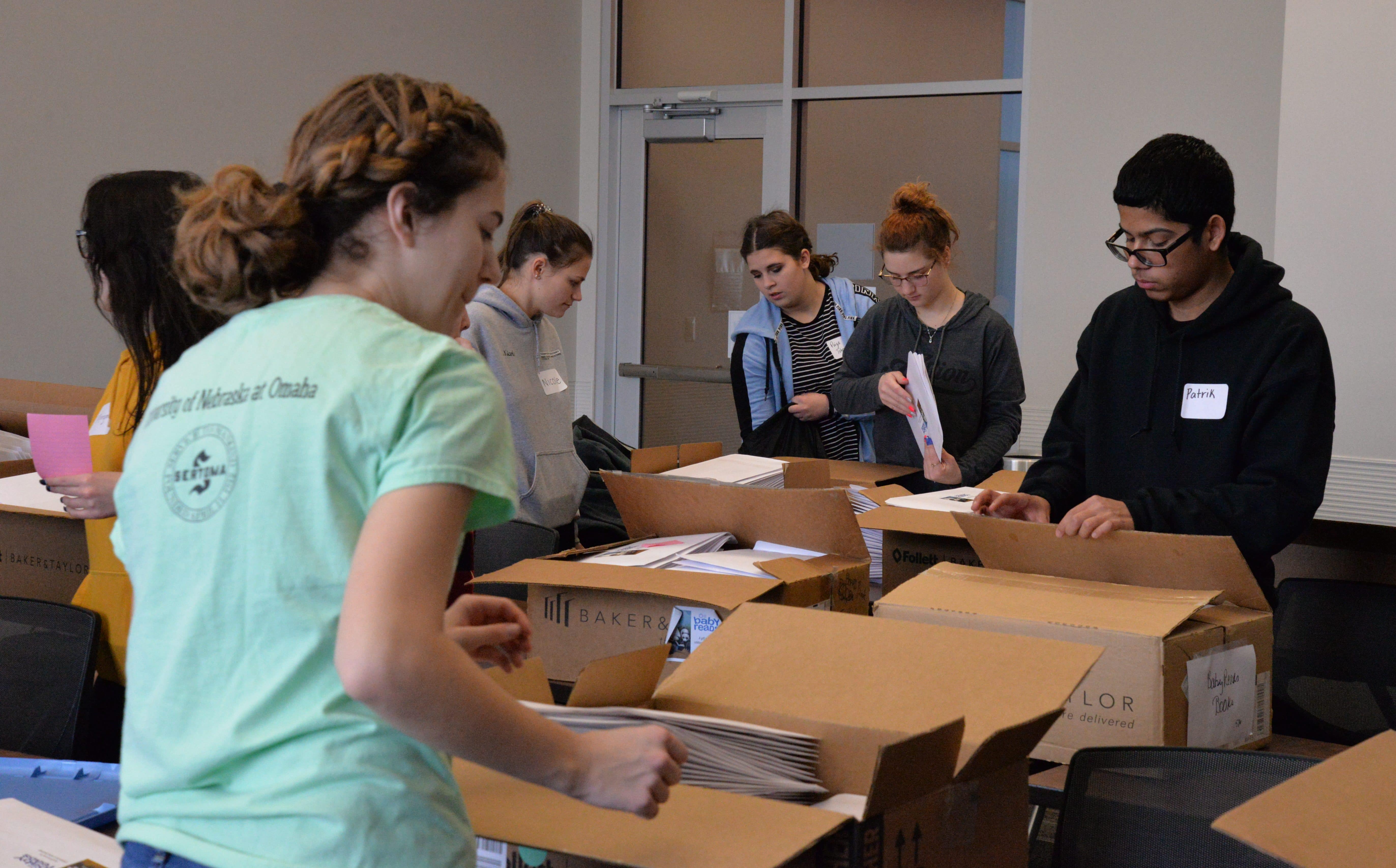 Preparing 2,147 Baby Reads packets took the student volunteers about two hours, to the amazement of Jody duRand, OPL’s partnership and community engagement manager. “We have a small staff and what the volunteers accomplished in two hours would have literally taken us weeks,” said duRand.

Panyoua Yang, R.M. Marrs Magnet Center’s gifted and talented specialist, brought a group of 25 students in grades 5-8 to get firsthand experience with service, a topic they talk about often in student leadership groups.

“Experiencing giving back is a really valuable lesson for the students and helps them fully grasp the concept,” Yang said. “When I told the kids we’d be working to help the public library, their eyes lit up because most of these kids are high readers who visit the library often, so there is a connection there.”

Sanchez said that knowing that many families will benefit from their efforts “makes me feel like I did something today to help make change.” OPL is appreciative of these students and all volunteers who help with unique contributions to their libraries each day.

If you or someone you know is interested in volunteering at OPL, visit your neighborhood branch or omahalibrary.org/volunteer, opens a new window for more information.