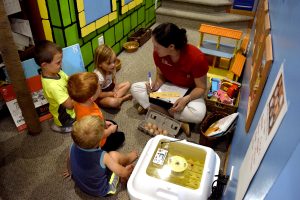 It was only a matter of time before Katie Krause collaborated with OPL. Krause is a Nebraska Extension Educator with the University of Nebraska - Lincoln (UNL) Extension’s The Learning Child team. This group of educators focuses on early childhood development and education across the state. After five years on the job developing curricula, connecting with childcare providers, and providing training sessions in Douglas and Sarpy counties, Krause set a personal goal of reaching more families in 2018.

When Nancy Chmiel, children’s librarian at W. Clarke Swanson Branch, and Krause first met to discuss ways OPL and UNL Extension could work together, they quickly realized that a partnership would be mutually beneficial. Not only could Krause connect with families through OPL, but OPL staff could observe her presentation of the programs and learn to present it themselves. 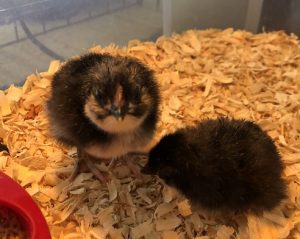 “I’ve been so impressed with the educators at the library—they really value children and the role that they have as some of the children’s first teachers,” said Krause. “Everything that we do is rooted in research and best practice models, and the library educators are very much the same way, which aligns with our mission at the University.”

For OPL, the research-based information and programs add another layer to normally offered programs. Last fall, Krause brought The Learning Child’s Block Play program to three Family Storytimes at Swanson Branch. This spring, seven OPL branches will host egg incubators with chicken eggs that will hatch after approximately 21 days as part of the partnership.

The eggs are part of a curriculum, “Look Who’s Hatching: Exploring Oviparous (egg-laying) Animals with Young Children,” that Krause developed. As kids observe the eggs in the incubators, they’ll be prompted to think about what animals might come out of them. 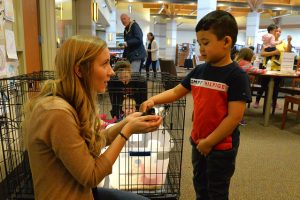 Librarians and parents can support learning by introducing materials about the animals they think might hatch from the eggs. Once the chickens hatch, the exercise becomes an exploration of chickens and the many roles that they play in agriculture.

“I have wanted to hatch chicks since I started as a children’s librarian doing butterflies,” said Chmiel, who has similarly brought in caterpillars that metamorphose into butterflies at the library. “Kids remember things that are out of the ordinary, so to provide something as a touchstone for them that’s hopefully a positive learning experience is exciting.”