In January 2020, OPL began a partnership with the Nebraska Correctional Youth Facility (NCYF) to start a book club with the young men at the facility. NCYF is a facility designed for male offenders under 21 years, 10 months of age, who were adjudicated as adults.

OPL Outreach Specialist Maggie Petersen was advised that the group may be difficult to motivate, but that didn’t stop her from pitching the idea.

“When Maggie first approached us, we thought she should introduce the book club idea to the inmate population and see how many were interested. I think we were all surprised when we saw a room full of inmates eager to get involved and begin their reading adventure,” said Trish Brockman, assistant warden at NCYF.

Ten individuals signed up to participate in the book club. During the group’s initial meeting, Petersen handed out “Tyrell” by Coe Booth, and read aloud to get the group started.

“[I] was nervous going into week two, when we’d really be diving into the book,” Petersen admitted.

Those fears quickly dissipated during their first discussion. In the week since receiving a copy, more than half of the participants had already finished the entire book. The conversation flowed naturally, and Petersen didn’t have to resort to any of the prompts she sometimes relies on while hosting other book clubs.

“I didn’t realize how hungry these young men were to have a satisfying outlet for thoughtful discussion… Discussion generated through a great story,” she said. 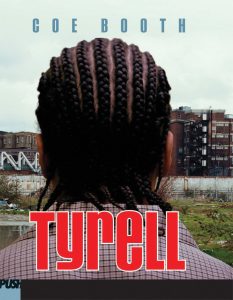 After the club finished their first book, seven more members joined the group. Participants became eligible to receive a signature and certificate of completion after attending every meeting and completing a book. Signatures can be used to gain access to other privileges at the facility. Three of the second book club’s 17 participants attended enough days to earn a certificate and signature; the others attended as often as they could, simply because they enjoyed and wanted to discuss the book. 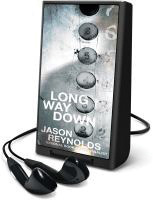 Over the course of discussing their first two books together, Petersen became aware that some members were battling dyslexia and other reading disabilities, and pursued the addition of Playaways (listening devices that contain pre-loaded audiobooks) for members who could listen to the works and fully enjoy the stories.

“Most people have preconceived notions about what an inmate looks like or acts like. The inmates at the NCYF look and act like other teenage boys for the most part. When you can find an activity that really grabs their interest and attention, you find a way to make that activity happen,” said Brockman. “We are hopeful that we can continue our partnership with OPL and continue finding ways to incorporate reading into each inmate’s daily activity.”

“I’m grateful that the facility’s administration is completely passionate and committed to encouraging these young men to read and share their opinions as well as debate ideas!” Petersen said.

October 27, 2020 update: Due to restrictions imposed to prevent the spread of COVID-19, Petersen has not been able to meet with the NCYF Book Club since March 2020.

Over the summer, Petersen began hosting a book club via Zoom with the Douglas County Youth Corrections (DCYC). The book club, which averages 8-10 boys, meets weekly on Thursdays. During their first meetings, books are distributed and the group discusses themes that members will encounter in the books and the next week they discuss the books as a whole.

Petersen hopes to be able to transfer the virtual book club model she began using this summer with DCYC participants back to the NCYF Book Club in November.

Both the NCYF and DCYC Book Clubs are made possible by funding from The Soener Foundation.