Derek Courtney is an Omaha-based artist whose time spent growing up in rural West Virginia led to his current exhibition "Folklore of Labor." The exhibition depicts similarities Courtney identified between modern day blue collar workers and manual laborers from the early 20th century. We asked Courtney a few questions about himself, his work and how his experience as a West Virginian led him to create the body of work on display in the W. Dale Clark Main Library's Michael Phipps Gallery through the end of August. 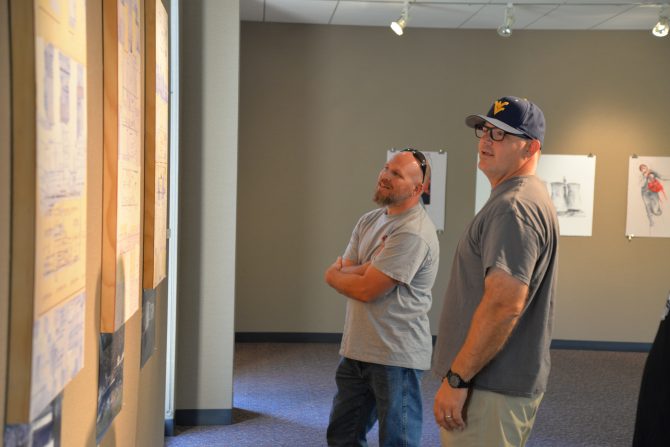 "Folklore of Labor" is on display at the W. Dale Clark Main Library's Michael Phipps Gallery through August 28.